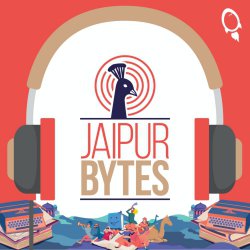 One Two Three Four - The Beatles In Time: Craig Brown in conversation with Bee Rowlatt

Celebrated satirist, critic and writer Craig Brown’s Baillie Gifford Prize winning recent biography One Two Three Four: The Beatles in Time is a serendipitous retelling of the chance merger of four elemental figures. An enchanting mix of history, autobiography, interviews and fan letters, it brings forth a fitting tribute to a band whose words echo through homes even today. Through a kaleidoscopic mix of narratives, the book also presents a look into the lives of those around them who were engulfed and impacted by their astounding success and tragedy. Brown is the only person to have won three different Press Awards, for best humorist, columnist and critic, in the same year.  Known for his riveting parodies in Private Eye, he is also the author of Ma’am Darling: 99 Glimpses of Princess Margaret, The Tony Years and One on One among many others. In conversation with writer and broadcaster Bee Rowlatt, Brown takes us through the story of four men who represented not just a cultural milieu but also timeless music and fervent fame.

Books & Authors with Vaasanthi, author of Rajinikanth; A Life | Part-2

Your Best Day Is Today: Anupam Kher in conversation with Sanjoy K. Roy

Reflections on my Mother's Kenwood Mixer