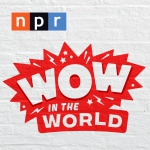 Wow in the World

<em>Wow in the World</em><em> </em>is a podcast and a new way for families to connect, look up and discover the wonders in the world around them. Every episode, hosts Mindy and Guy guide curious kids and their grown-ups away from their screens and on a journey. Through a combination of careful scientific research and fun, we'll go inside our brains, out into space, and deep into the coolest new stories in science and technology. Hosted by Guy Raz @guyraz and Mindy Thomas @AbsolutelyMindy. Follow the show @WowintheWorld and WowintheWorld.com 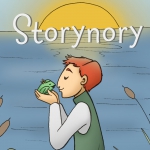 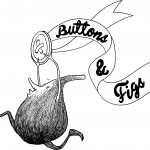 Buttons & Figs is a podcast for kids about nonsense. 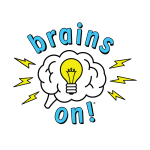 Brains On! Science podcast for kids

Brains On!® is a science podcast for curious kids and adults from American Public Media. Co-hosted each week by kid scientists and reporters from public radio, we ask questions ranging from the science behind sneezing to how to translate the purr of cats, and go wherever the answers take us. @Brains_On 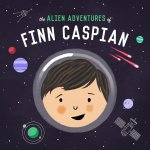 The Alien Adventures of Finn Caspian: Science Fiction for Kids

<p>The Alien Adventures of Finn Caspian is a serialized science-fiction story for kids (start with Episode 1), told in 15-20 minute episodes for parents to put on when driving around town, or to marathon on road trips, or to bond over before bed. The story centers on Finn Caspian, an 8-year-old boy aboard The Famous Marlowe 280 Interplanetary Exploratory Space Station. He and his friends Abigail, Elias and Vale are Explorers Troop 301, taking off from the Marlowe to explore uncharted planets, help the occasional alien, and solve a mystery that threatens to destroy the Marlowe. When pressed, we describe it as a "mystery gang" story, sort of like Scooby-Doo in space. The story is written and performed by Jonathan Messinger, author of Hiding Out, former web editor of Time Out Chicago Kids, and father of two boys. His son Griffin, 7, serves as editor of the story, appearing in episodes to critique, make predictions and express skepticism that his father knows what he's 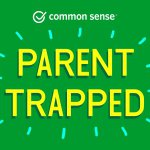 The coronavirus pandemic has turned our lives upside down. Parent Trapped is here to help. Each week, host Ann Marie Baldonado checks in with authors, educators, and celebrities to bring you real-world stories and tips. You'll hear from experts and listeners on everything from juggling work and school with kids at home to awesome pillow fort designs (!) and great family movies. Common Sense created Parent Trapped to capture parents' candid stories and moments when reality meets (comic) relief. Because, let's face it: Raising kids in quarantine is a challenge none of us saw coming. 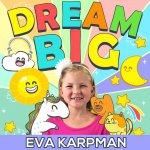 The Dream Big Podcast is a family-friendly podcast inspiring kids (and adults!) to pursue their passions in life and take action to make their dreams a reality. Your hosts Eva Karpman (currently 9-years-old in the 4th grade) and mom Olga Karpman interview world-class performers who do what they love and live their dreams each and every day. Eva also does solo episode where she answers questions from our audience and discusses personal development principles. The Dream Big Podcast’s short 15-20 minute format makes for the perfect length to listen to an episode in the car with your kids. Subscribe and together we can inspire each other to dream big and take action. To get to the podcast website, cut and paste the link DreamBigPodcast.com into your browser. Get ready to DREAM BIG! 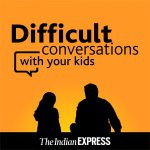 Difficult Conversations with Your Kids

The Show About Science

Hi. I'm Nate and the host of The Show About Science. I started this podcast when I was 5 years old. I'm now 6 and just about to start first grade. If I'm not studying hard in school, I'm working on my podcast. This is an awesome show about science. Every episode is filled with interesting facts and information from scientists around the globe. If you only listen to one show about science, it definitely should be this one! Subscribe to this podcast in iTunes: goo.gl/GnerO1 Make sure to visit my new website: http://theshowaboutscience.com/ 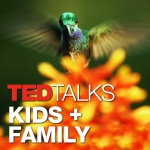 Fun videos to inspire, intrigue and stir your imagination from some of the world's leading thinkers and doers onstage at the TED conference, TEDx events and partner events around the world. You can also download these and many other videos free on TED.com, with an interactive English transcript and subtitles in up to 80 languages. TED is a nonprofit devoted to Ideas Worth Spreading. 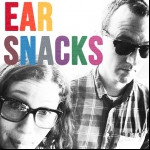 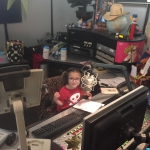 Chloe is a 7 year old that talks about kids stuff and plays kids music. 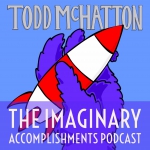 An imaginary NPR style rock and roll space comedy broadcast from a red and white rocket hurtling through the Galaxy featuring friendly monsters, imaginary sports, interviews, and more. It's an ongoing radio show but you can jump in at any time. 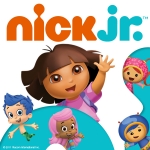 Nick Jr. is like preschool on TV. Watching its shows is like having learn-along playdates with Dora, Diego, Team Umizoomi, Bubble Guppies, Dino Dan and more. Check out all the great content from all your favorite shows within the iTunes store.