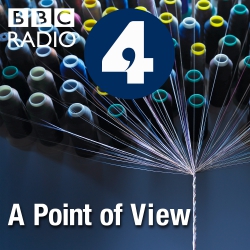 A Point of View

A weekly reflection on a topical issue

"So far," writes Tom Shakespeare, "the pub has weathered the tides of history and adapted to every c

A Sense of an Opening

A Sense of Fear

As the government announces a tightening of Britain's borders, Zoe Strimpel tries to understand her

a month ago 10 minutes

The Power of Slow Storytelling

a month ago 9 minutes

Rebecca Stott on why stories told over time seem so fitting for lockdown. "In this third lockdown,"

a month ago 9 minutes

John Gray argues that the social media bans on Donald Trump pose many risks. "The country is alread

A Turning Point for Democracy?

Adam Gopnik, cycling around Central Park in New York, explains why going round in circles suddenly

Bernardine Evaristo reflects on spirituality and syncretism. "There are many people," she writes,