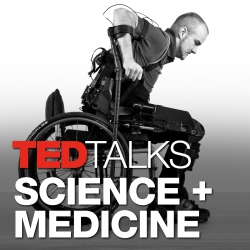 Some of the world's greatest scientists, doctors and medical researchers share their discoveries and visions onstage at the TED conference, TEDx events and partner events around the world. You can also download these and many other videos free on TED.com, with an interactive English transcript and subtitles in up to 80 languages. TED is a nonprofit devoted to Ideas Worth Spreading.

What if tiny microparticles could help us solve the world's biggest problems in a matter of minutes?

In April 2020, epidemiologist-in-training Sophie Rose volunteered to be infected with the virus that

Could we treat spinal cord injuries with asparagus? | Andrew Pelling

Venom can kill or it can cure. In this fascinating talk, marine chemical biologist Mandë Holford s

Concrete is the second most-used substance on Earth (behind water), and it's responsible for eight p

How the US medical community fails Black mothers | Wanda Irving

In the US, Black women are nearly 300 percent more likely to die as a result of childbirth than whit

Far-UVC light is a type of ultraviolet light that kills microbes and viruses and, crucially, seems t

Conventional vaccine testing is a slow, years-long process. As thousands of people continue to die e

At the intersection of precision medicine and vaccinology lies a revolutionary scientific pursuit: p

A dose of reality about generic drugs | Katherine Eban

Investigative journalist Katherine Eban set out to report on a seemingly straightforward question: A