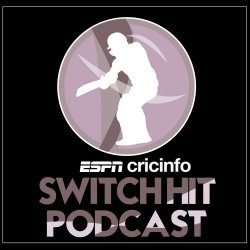 Lively debate and discussion about the game on and off the field with a focus on English cricket. Featuring former England batsman Mark Butcher alongside ESPNcricinfo's writers and reporters.

Thrash to the future

a month ago 61 minutes

Alan, George and Karthik pick through England's Test series defeat and look forward to the T20Is...

Alan, George and Karthik discuss spinning pitches and the state of the series after two Tests betwee

Alan is joined by George Dobell and Sid Monga to preview England’s Test tour of India..

Pride before a Galle?

A tale of two islands

Ahead of England's trip to Sri Lanka, Alan is joined by Andrew Miller and Fidel Fernando to reflect

Gesture politics: Why cricket needs to keep talking about race

Alan, Miller and George talk England's winter schedule and catch up on what's happening at the IPL..