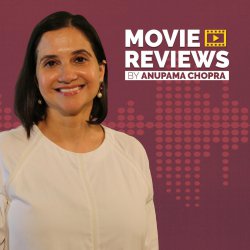 Anupama Chopra is a film critic, television anchor and book author. She has been writing about Bollywood since 1993. Her work has appeared in publications such as The New York Times, Hindustan Times, The Los Angeles Times and Vogue (India). Here you can find all of her reviews for Hollywood and Bollywood movies.

The dastaan in Ajeeb Daastaans is plural. There are plenty of ajeebs here, but what stayed with m

Joji is a reworking of Macbeth and while these words might suggest a period setting, Shakespeare’

The film Pagglait, starring Sanya Malhotra among others, reminds us of the many ways in which soc

In the film Saina, starring Parineeti Chopra, writer-director Amole Gupte hits each of the usual

Mumbai Saga is apparently inspired by true events. I think there is a compelling story here of ho