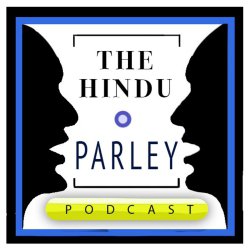 Parley by The Hindu

Parley is a weekly podcast from The Hindu that takes a nuanced approach to discussing current topics by bringing together experts who approach the topic from different angles.

Is India criminalising comedy and entertainment?

Board exams in the midst of a pandemic

With the COVID-19 pandemic disrupting the academic year 2020-21, for the first-time, students of

Why haven’t other sports reached the heights of cricket?

On January 19, precisely a month after being bowled out for its lowest Test score of 36 against A

Are courts encroaching on the powers of the executive?

Do we have a grip on disinformation in 2021?

Disinformation, or “fake news” in common parlance, is a malaise born amid the infodemic of the so

Is the Special Marriage Act losing out to the bogey of ‘love jihad’?

The Special Marriage Act (SMA), 1954 is seen as a progressive law enacted to help inter-faith cou

Are children being introduced to coding too early in life?

Are IT project managers facing an existential crisis?