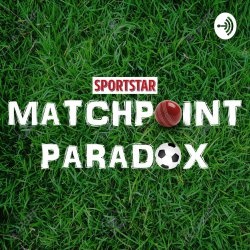 Your dose of the best of sporting action, from the folks behind India's oldest sports magazine.

It's been an eventful week in Indian cricket. Revenge in Chennai, a spending spree in Chennai and

India lost the first Test against England in Chennai, pressing pause on the momentum of the side

Gearing up for England, consequences of no Ranji and the way forward for Indian cricket

a month ago 24 minutes

As India prepares to meet England in Chennai, several questions about the Indian domestic circuit

Gabba conquered: Of unparalleled resolve, fruits of labour and a victory like no other

a month ago 14 minutes

a month ago 6 minutes

Conquering Sydney - A warhorse returns, a prick in the bio-bubble and mindgames galore

In the final episode of 2020, Shayan Acharya, Wriddhaayan Bhattacharyya and Vijay Lokapally discu

India vs Australia Boxing Day Test - Of second chances, getting over 36 all out and the burden of tough decisions

Ahead of the second Test between India and Australia, Shayan Acharya, Wriddhaayan Bhattacharyya a

Border-Gavaskar Trophy preview: Is Kohli leaving a cause for concern or an opportunity? | India vs Australia Tests

Ahead of the start of the Test series between India and Australia, Shayan Acharya, Wriddhaayan Bh

ODI jitters, familiar comforts in T20 and the stars Down Under | India vs Australia

India's rusty ODI form continues as the side lost another series, this time to Langer's Australia