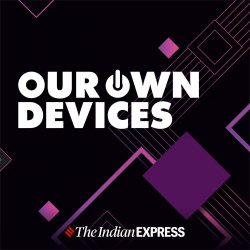 Why India needs to look at Chromebooks

In this episode, host Nandgopal Rajan is joined by Nimish Dubey to discuss the relevance of Chromebo

Robots in the time of a pandemic

In this episode, host Nandgopal Rajan is joined by Jean Jacques Blanc, the Chief Commercial Officer

Understanding the success of Xiaomi

Founded in 2010, Xiaomi, a global Chinese company, swiftly rose to become one of the world’s top sma

How live sports broadcast reinvented itself in the pandemic

While coronavirus hit the global live sporting events industry hard initially, it did not take too l

Koo’s take on microblogging for India

Cyber security in the times of a pandemic

a month ago 20 minutes

Understanding the success of Realme

One of the oldest tech companies in India’s cartography space, MapmyIndia, recently announced a part

How Clubhouse could compete with podcasts

Nandagopal Rajan and Nimish Dubey discuss what they think of Clubhouse, why it appears a lot more de